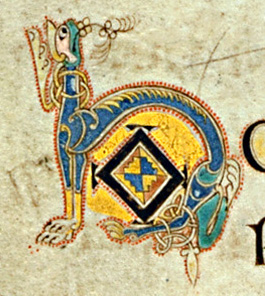 Herein, a cornucopia of all things Hibercadian from the Sacred Jewels and Talismanic Jewels of the Tuath to the various beasts and creatures that live on the islands. From various brands of snuff to the names of inns and taverns, from popular ballads to the villages, towns and landmarks Sebastian has visited on his travels, from Hibercadian gods to phraes on ancient Hiberni. Each week, new items will be added.

THE SACRED JEWELS OF THE TUATH

We start with the most precious objects in the whole of Hibercadia, the four Sacred Jewels the Tuath took with them when they were expelled from Tir Na Nog.

THE TALISMANIC JEWELS OF THE TUATH

Five magical objects created as a setting for the sacred jewels. But why?

The Wand from the Tree of Life and Death

Snuff is powdered tobacco that is inhaled through the nostrils. It is a Fir Bolg delicacy often kept in highly ornamented snuffboxes.

THE INNS AND TAVERNS OF HIBERCADIA

Hibercadians love a drink, and the islands are peppered with drinking holes

Stumble Inn. Tillie’s pub in the Knavesfolly district of Tombelaine

One Eyed Badger. Upmarket tavern in Hawkeswell, in northwest Elmet

Fox and Fiddle. Situted in the village of Ballindaggin, five days’ ride north of Tombelaine

Two Oyster Tavern. A pub in Rydalwick, a day’s ride north of Tombeliane

Scutch and Winnow. Inn in the village of Much Motley, three days’ horse ride north of Tombelaine

Pynot and Stump. Tavern in the village of Hehil, north of Tombelaine, frequented by brigands and cutthroats

Thump the Door Tavern. Situted in the isolated town of Coldwallow in northwest Elmet

Bloody Blue. Inn in the Twin Ox district of Gododdin, the capital of Penogledd

Dusky Rose. Tavern in the Twin Ox district of Gododdin, the capital of Penogledd, managed for years by Monenna

Ten Second Argument. Inn frequented by knockers, ironworkers, and smithies in the mining town of Yiarnton, in central Elmet

Generous Hedgehog. A country inn in central Elmet, well off the beaten track

Applauding Seal. One of four inns in the harbour town of Ballintoy, in southwest Elmet

Otter and Star. Tavern in the sleepy fishing village of Cozty, in northwest Baradoz. Famed for its salted ale

Constant Fiddler. Inn in the Pepper Alley district of Tiffauges

Sunstone Inn. Situated in the port town of Clyddno, in northeast Elmet

Eagle in the Eyrie. Inn in Lanternfields, village in central Elmet